Digging Up Asbestos In Wisconsin 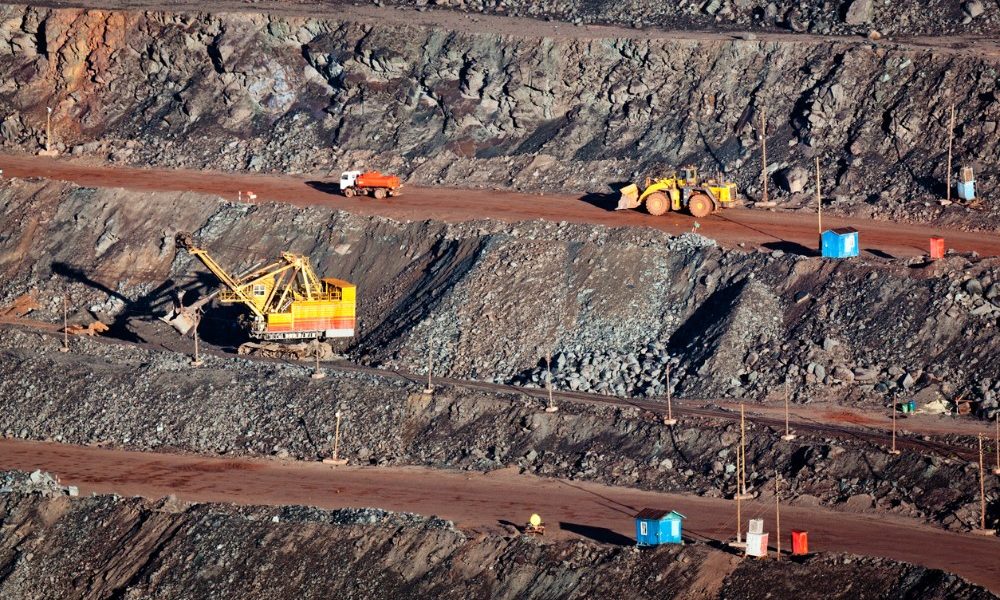 “There’s GOLD in them thar hills!” And, apparently, asbestos. 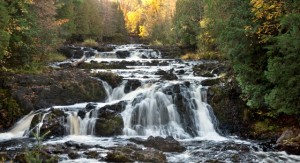 The above image is courtesy of EarthFirstJournal.org in a detailed article regarding the Penokee Hills in Wisconsin in danger of being mined for iron-ore with allegations of a particular type of asbestos nestled snugly in the hills. 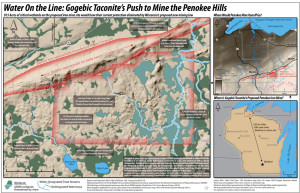 The Florida-based GTAC wants to mine the world’s biggest open-pit mine of iron ore, 22 miles and 2 billion tons worth. They are being hotly pushed back by many groups who have concerns for the safety of the workers and the environment. An open-pit mine is different than mine where tunneling into the earth is necessary. With open-pit mines, the precious material is found close to the surface so, rather than tunneling a type of quarry is made where a large open space is left behind once all the material has been extracted. The space is then used as a landfill in many cases. 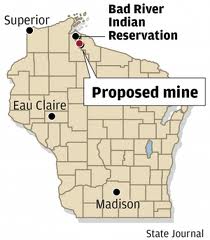 Several notable geologists have determined that there is, in fact, a type of asbestos called grunerite in the area of the proposed mining site. Not just a little bit – large quantities of the asbestos are believed to be there. While GTAC claims that the reports are not true and that the tests have not been taken appropriately, critics believe GTAC is refusing to sample areas known to house grunerite.

The mine was first proposed in 2011 – the fight for this one is going to be hard fought by both sides. Iron ore is a huge industry for us Wisconsonians. Many say that we absolutely need the iron ore industry to grow in order to save our economy. On the other hand, is it worth the risk? Is there asbestos lying deep within those hills? Will the mining of those hills gain us jobs in one area and shut off jobs in other areas?

In March 2013, Wisconsin’s Governor signed a mining reform bill into law which, effectually, made it easier and faster to get a permit for a mine. Interesting, to say the least.

How close are we to recreating a situation like they saw in Libby, Montana? While the area economy boomed because of the mine from 1919-1963, workers were being exposed to asbestos every day.

Either way, asbestos is a dangerous material. Please, be careful when renovating your home or business building. Seek out a certified asbestos removal company to check out the area, for your health!